Getting a birdie in golf is a great achievement. A birdie is finishing a hole at one under par. But what are four birdies in a row called? What would the name of this event be?

Is There a Name for Getting Four Birdies in a Row?

No, there is no name in golf for getting four birdies in a row. This rare achievement is simply referred to as “four consecutive birdies.”

While there isn’t a name for this, there are many other golf terms that you should become familiar with.

You will hear several terms when you hit the links or watch The Masters on TV. Here is a list of some terms that every solo golfer should know.

The term par originated back in the late 1800s. Par is the number of shots a golfer should need to get the ball home.

The United States Golf Association back in 1911 created a universal way of deciding what the par for each hole should be:

A bogey is one over par. This means the golfer has taken more than one shot above what is considered par for that hole. 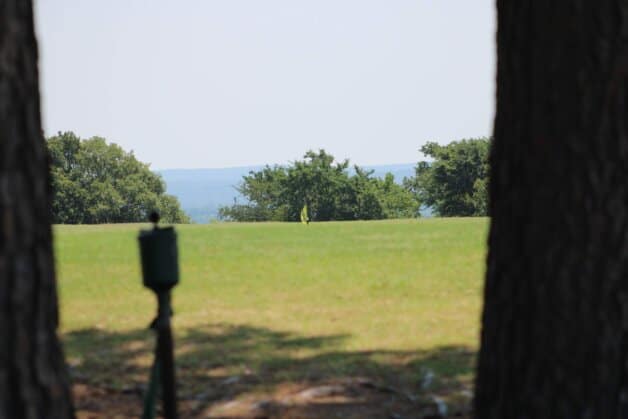 A double bogey is two shots over par. This means the golfer has taken two shots above what is considered par for that hole.

A triple bogey is three shots over par. This means the golfer has taken two or more shots above what is considered par for that hole.

A birdie is one under par. This means the golfer has taken one shot below what is considered par for that hole.

An eagle is two under par. This means the golfer has taken two shots below what is considered par for that hole.

An albatross, or double eagle, as it’s sometimes called, is three-under-par. This means the golfer has taken three shots below what is considered par for that hole.

A crippled shot occurs when a golfer hits a low or worm-burning shot. It’s essentially a hit where the ball hardly moves towards the hole and rolls along rather than flying through the air. This type of shot is what you would get if you hit the ball into a bad lie or rough terrain.

Extreme rough lies are usually located along fairways where there’s not enough grass for the ball to land on. In addition, several rocks, tree roots, and other objects will cause golfers trouble when playing the ball from the rough.

A water hazard is any body of water on the golf course, such as lakes, rivers, streams, or ponds. If you hit your ball into one of these hazards, it will be considered out-of-bounds, and you must take a one-stroke penalty. 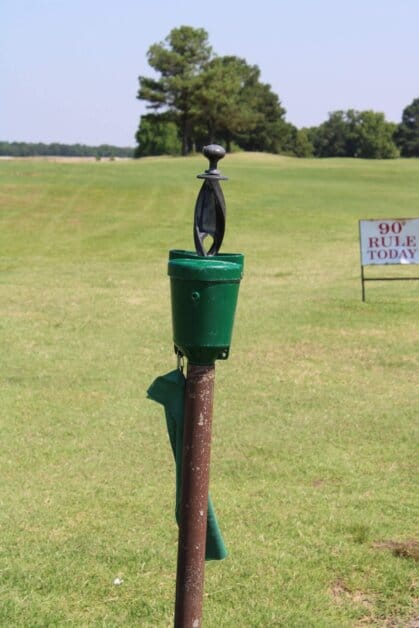 The tee box is where you place your ball when waiting to hit it.

A fairway is an area that separates the tee box from the green or putting green. This is where most of the golfing action takes place. Professional players rely on their perfectly executed tee shots to have a clear path to the flag.

The green is where you putt your ball once you reach it. This area is surrounded by a type of grass called “grass-cutters.” These cut blades of grass help guide and speed up your ball towards the hole. This area is also kept very short, so golfers will have no problem seeing the ball and making shots.

A duff shot is when a golfer hits the ground behind the ball first instead of hitting it on the full. This causes a loss in the distance and can often cause duffs to be hit into water hazards or out-of-bounds.

An up and down is when a golfer plays their shot from the fairway and ends up sinking it in for an easy par. This can also be done from the green, and getting up and down there would yield the same results.

A slice is a shot that curves from left to right. This happens when a golfer hits their driver on the downswing instead of at the top of the backswing. Slice shots tend to miss balls towards the side rather than going straight through them.

A pull is a shot that goes straight but too far to the left of the target. This happens when a golfer hits their driver on the downswing instead of at the top of the backswing, just like with a slice, except it goes straight and not as far from the target.

Like a pull shot, but this one goes too far to the right and not as straight. This happens when a golfer hits their driver on the downswing instead of at the top of the backswing, just like with a slice and pull—spins backward like an airplane propeller (left to right).

A gimme is a shot hit within a certain distance of the green, usually within two-putt range, and does not need to be played because it will result in an easy par for the golfer. This signifies to other golfers on the course that you are conceding (giving) one stroke of the golf hole to your opponent or companion.

A mulligan is a shot that a golfer hits without counting it against their score. This usually signifies a play on the first tee box when there’s no one else around. However, if you get caught hitting multiple shots at once, this is considered cheating and can cost your game.

Broadening your knowledge and vocabulary of golf can not only deepen your understanding, but your appreciation of the game.

So even if you don’t intend on becoming a pro any time soon, it’s great to know what these terms are the next time you’re out on the green or catching the PGA tour on TV.